Why don't you just get high and watch paddington for the 5th time?

Samurai Marathon dramatizes a little known facts in Japanese history where the arrival of Commodore Perry, Samurais, ninja spies all take part in a tale of love, loyalty and tradition in the end of era. With all-star cast, compelling storytelling and technical craftmanship contribute to the film all the markings of a prestige jidaigeki (Period film).

The Annaka clan's feudal lord Itakura (Hasegawa Hiroki) is concerned about the readiness of his men upon hearing inevitable prospect of foreign invasion because Japan's been enjoying relative peace for the last 300 years. The brash Commodore Perry (Danny Huston) just landed on the Japanese shore and offered the shogunate Western trinkets - daguerreotype, bourbon and guns in the hopes of opening up the isolated country. The year is 1855. So Itakura devises a plan. He will hold a long distance running contest through the steep slopes and reward the winner with whatever they wish. Jinnai (Satoh Takeru), a ninja sent by the Shogunate to spy on the Annaka clan, living as an accountant, is alarmed by the sudden mobilization and mistakenly sends a message to Edo to dispatch the assassins armed with a Colt 45. The rest of the movie is the race against the clock as samurais and footsoldiers alike making a dash for completing the marathon, then half way through, realizing the assassins are after their town and the lord, so they have to hastily get back to save their town.

Samurai Marathon has plenty of intrigue - Itakura's rebelious daughter, Princess Yuki (Komatsu Nana) joins the race in disguise, Uesugi (Sometani Shota), a lowly foot soldier who's known for his speed, will need to compete with Tsujimura (Moriyama Mirai), a spoiled but loyal samurai, for the race. There is Kurita (Takenaka Naoto), a retired old guard who brings much needed humor to the film. And Jinnai's loyalty shifts as his realizes his mistake.

With Phillip Glass' rousing score, Bernard Rose, a British director who is known for his vividly visual films (Candy Man, Paper House) deftly plunges into jidaigeki without losing a beat. Many heads will roll, rice fields will be painted with blood, arrows and ninja stars will fly and bullets will be fired. Samurai Marathon's got everything you need in a great, enjoyable martial arts film. 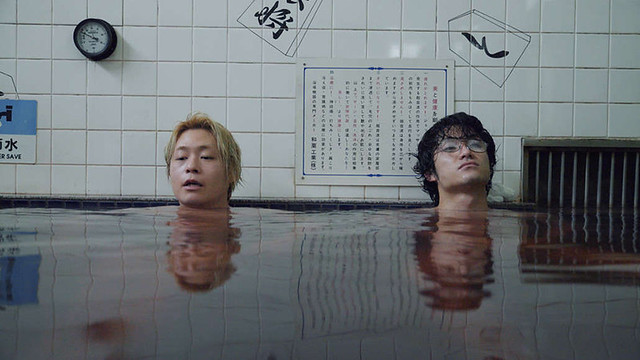 Like many Japanese millennials, Kazuhiko (Minagawa Yoji) is floating through his post-college life- still living in his parents' house with no job prospects, even though he graduated from the prestigious Tokyo University. With lanky figure and crooked Jeffrey Dahmer glasses, he is the very definition of dweeb.

Kazuhiko runs into Yuki, a cute girl whom he went to High School with, at the local public bathhouse. And since the owner, Mr. Azuma, is hiring, Yuki suggests him to get a job there. It's a peaceful, easy job. And it also pleases his mild mannered parents that he is at least working, even though the job might be beneath him. But one night, Kazuhiko walks in on Azuma and a grunt co-worker killing and disposing a body in the bathhouse. He learns that they are indebted to Tanaka, a local yakuza and that he will need to be quiet about the body disposing business or else he will also get killed. So Kazuhiko becomes an accomplice, a cleaner after the deeds are done.

Even though director Tanaka Seiji borrows typical yakuza tropes, at heart, Melancholic is a laid back, quiet coming-of-age story that reflects Japan's economically depressed, directionless generation. The film sharply rejects the old, yet still finds comfort in the notion of 'family'. Its 'que sera sera', live-by-the-moment attitude is well suited for representing the 'melancholic' generation. 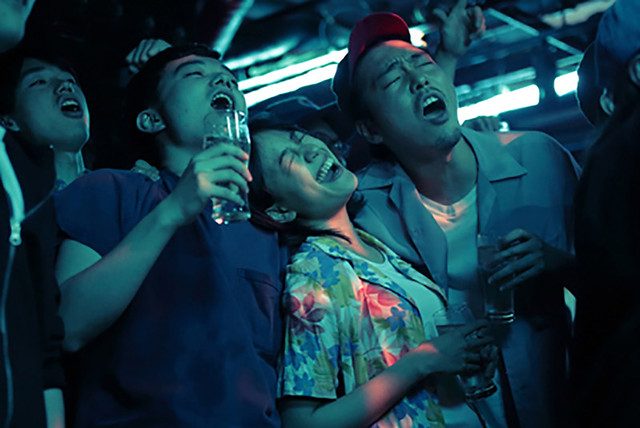 The Beatles song that film's title borrows from, is about people not really understanding who you are. It's an apt title for this poignant film about being young and living by the moment.

Emoto Tasuku is our nameless protagonist, sporadically narrating the film. He is a twenty something slacker working at a bookstore, part-time. He lives with an unemployed roommate Shizuo (Sometani Shota) whom he shares a one-room bunk bed apartment with. He hooks up with Sachiko (Isibashi Shizuka), a co-worker whose insistence in getting into his life he passively allows. The three of them spend their days out in bars, pool halls and clubs. The night is young for these young people.

Nothing fazes our protagonist. He insists and encourages Shizuo to take Sachiko out. He is indifferent about Sachiko's relationship with the boss at a bookstore. He just doesn't seem to care about anything. The good times won't last long, so why needlessly worry about the future?

And Your Bird Can Sing is much more interested in the embracing fleeting moments of youth than its character development. These three main characters don't have much of an arc nor have anything particularly interesting things to say. But director Miyake Sho captures the tone of this youthful melancholy right. It's that unspoken understanding that nothing is permanent that these characters are aware of and so do the audiences watching them. It's in his details - the fading bouquet of stolen flowers, the melancholic morning sun hitting Sachiko's pretty face and warmly sketching out the lives of the film's secondary characters who seem to be contentedly living in their own bubble.

All three main actors Emoto, Sometani and Isibashi are outstanding for their roles in capturing the spirit of these young people. They could easily be seen as hedonistic, but their moments of sadness and silences tell a different story. The build up to the ending with the voice over that bookends the film seems a little tacked on but it worked for me.

The book the film is based on is Yasushi Sato's debut novel. The author killed himself in 1990. But many of his books have been adopted as of late including Sketches of Kaitan City, The Light Shines Only There. Even though the book came out in 1982, his wayward characters and sadness that hangs over like a cloud are still very much completely relatable in today's economically depressed nation. 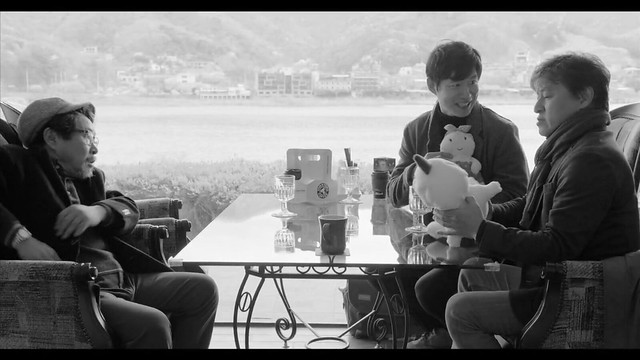 Didn't like it at all. Unusually sentimental for Hong standard, Hotel by the River is overlong and middling affair. It concerns an aging poet (Ki Joo-bong), recognizing his own mortality, summons his estranged two grown up sons to make amends. It's winter. He is staying at a hotel by Han River for free indefinitely, by the grace of its owner/admirer, whom he met at a bar by chance.

There is a side story about a woman (Kim Min-hee) recovering from a bad breakup with a married man, staying in the same hotel, visited by her older, kind friend (Song Seon-mi). They have run-ins with the poet and his sons.

As usual in Hong's movies, resentment and regret come to light when drinking- daddy abandonment issues, sibling rivalry, painful words are uttered, feelings are hurt and so on and so forth. On women's side, it's all "good men are hard to find."

There are a lot of nodding off in Hotel by the River: on the couches in the hotel coffee shop and hotel rooms. It's nice to see Kim and Song lying down in the same bed, face to face, sleeping in their cozy sweaters. The poet disappears for a length of time and reappears as if he is there but not there. Compare to Hong's other films, Hotel's volume is cranked down significantly. Wintry landscape helps with that too. It's pleasant.

The poet's younger son is a film director with a little bit of repute. Song's character explains his films to Kim, "a little bit ambivalent, but he is diligent." "Sounds boring", she replies. I can say the same thing about this film.

Midsommar, like Hereditary, is a crass, thrill free movie with extremely annoying characters (all of them) running around in a Wes Anderson-eque make-believe world that doesn't amount to anything. It's an empty shell of a movie with its surface flaking off in the wind to nothingness.

We should start a movie forum.

Dreams are the aquarium of the night.